3 Ways to Approach DEI With Talent Top of Mind 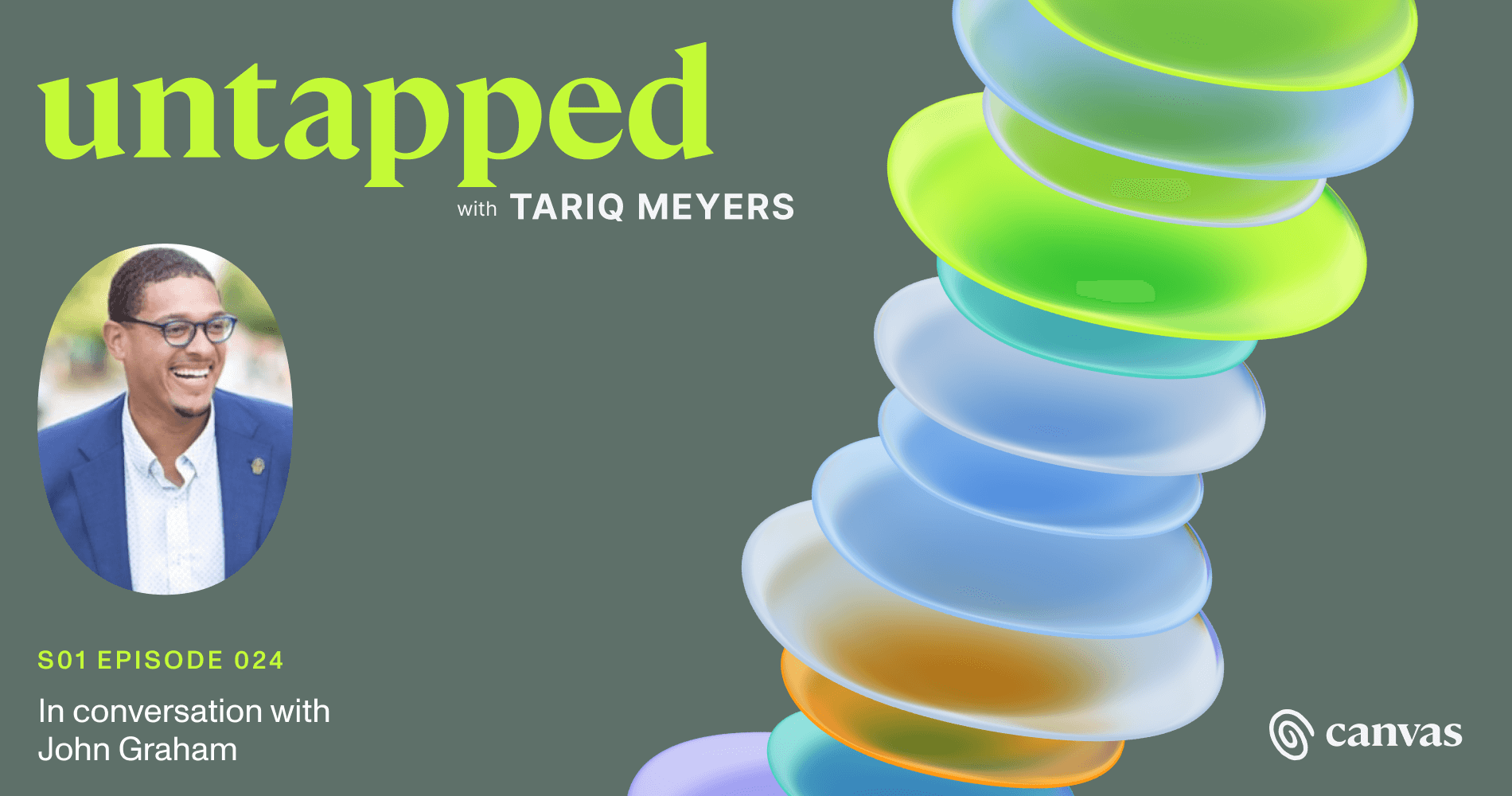 John Graham admits that he cringes a bit when he hears the term “DEI.”

At first blush that may sound like a strange comment for him to make. After all, he’s a DEI leader with years of experience who authored Plantation Theory, The Black Professional Struggle Between Freedom and Security. However, during the latest episode of the “Untapped” podcast, John, VP of Employer Brand, Diversity & Culture at Shaker Recruitment Marketing, explained it this way:

“I cringe a little bit when I say it, when I hear it, when I see people use it, because I still know who is centered in diversity, equity, and inclusion and I break it down simply. When you say diverse, it's a contrast, there has to be a standard first and foremost. DEI is still centered on cis-gendered able-bodied white men,” he explained. “Equity is that group giving something up, and inclusion is that group accepting you. So we're going to start with that as the premise, then we're already not focused on the people most marginalized. So let's flip the model on its head and start with them.”

In order to flip that model when it comes to DEI, John suggests the following steps—which will help organizations ultimately build a stronger workforce.

John says that when working with companies, he begins by deploying a lived experience survey, which is designed to help create a strong foundation of employee value proposition. Through these surveys, John is able to identify the lived experiences and culture gaps for marginalized talent in a company, and create a better understanding than what can be gained through an engagement or pulse survey.

“The questions are specifically tailored around the experience as a marginalized people, which if you look at any engagement survey, you may get a couple of culture questions that are so broad that they really don't touch on the specific experiences. Also, just by pure numbers, the majority voice tends to drown out the marginalized voice in those results, which gives you a skewed perspective of your culture,” said John. “We knew that going in, which is why we built what we built, and so that becomes your baseline. The results produce a score, which then once we identify those gaps, we can now start to work backwards from those gaps to close them and improve that score over time when we redeploy the survey. You now have a holistic understanding of how your culture's experienced by the majority and the marginalized.”

Hiring talent is great, but a company’s DEI goals cannot be met without a focus on retention. This is especially true with the shift that has been taking place in the workforce in recent months, says John.

“Attracting talent is not the measure; it's retention,” said John. “How many will you keep based on the reality that they experienced versus what you marketed and sold them? There's a whole other factor at play right now—The Great Resignation. And some have called it The Grand Exodus as well, especially for Black talent.”

Retention cannot take place without companies being accountable for how they treat their employees from underserved groups. John says that although candidates will respond to organizations that put forth an authentic attempt to understand them, it can only be useful when accompanied by accountability.

“The authenticity we really expect is accountability. When you fall short, do you step up and lean into it and say, ‘Look, I fucked up, we're going to fix this. Here's what we're going to do to fix this. Here's what we're changing. Here's the policies we're putting in place to make sure this doesn't happen again.’ That's an authenticity that we haven't gotten to yet—the visible authenticity,” said John. “The expression, the heartstrings, the emotional connections, the telling of the stories—that's cool. But that doesn't change structure. That just makes you feel good in the moment. And I think we're moving past that point and you're starting to hear a lot of Black employees saying, ‘Look, what are you going to do to get rid of my dismissive, dehumanizing manager that I have to deal with now virtually every day? And despite my complaints—three of them—to employee relations, all he's gotten was sensitivity training.’ What are we going to do about that?”

To find out more about John’s views on DEI and the Black experience in the workplace, listen to this week’s “Untapped” podcast. Each week, Canvas’s Chief People Officer Tariq Meyers has conversations with DEI leaders about the practices they use to reach untapped and underserved talent.